Looking at a Pyramid 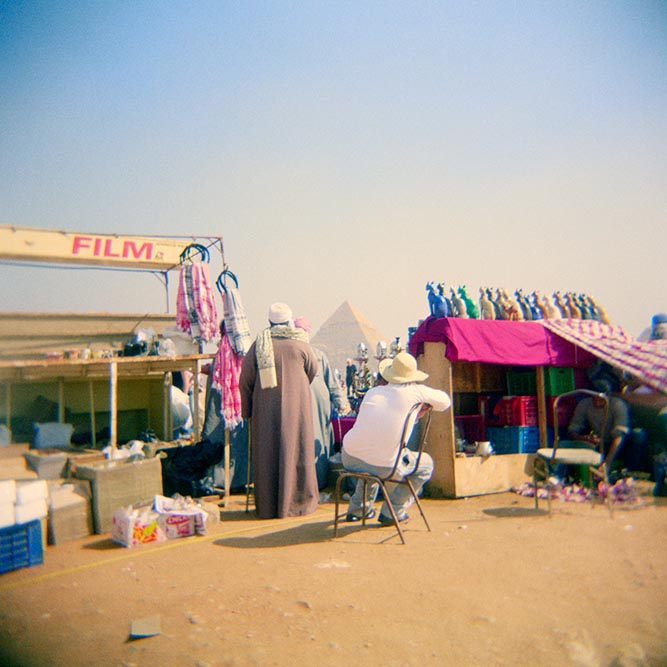 And now for something completely different, a man carrying a camera made out of plastic. I’ve used quite a few different cameras over the course of my photographic career. Some were very sophisticated indeed; coming with manuals that were so thick they could be used as offensive weapons. Others were simple, efficient machines that got the job done with the minimum of fuss and bother.

And then there’s my Holga.

Never heard of the brand? To be fair it’s not as well known as the Canons and Nikons of this world, but in its own small way it’s a remarkable success story.

But first lets get the bad news out of the way. In the cold light of cliché, as a camera it’s nothing to write home about. It’s made very cheaply in China for the Chinese market. The street price of a new Holga in the land of its birth is a very, very small amount indeed. And that’s before haggling and special offers. To give you an idea of its build quality, I would simply state that there isn’t any. It’s a plastic camera that looks like it’s come out of a Christmas cracker. In fact if it were to squirt water rather than take a picture I don’t think anyone would be at all surprised. The resulting images are very soft because, yes that’s right, the lens is plastic too. Focusing is part guesswork and…well actually it’s all guesswork. And it has one shutter speed so getting the right exposure is a bit hit-and-miss.

It’s at this point that you’re probably wondering why on earth anyone would choose to use one. Rather bizarrely lots of people do. The thing has become a cult in the west, with numerous websites devoted to the beast. It’s a quiet phenomenon and one that I stumbled on accidentally when I saw a Holga sitting on a shelf in a shop and thought that it looked vaguely interesting. So I bought it. And do you know what? I’ve had enormous fun with it. I never give names to inanimate objects but if I did I’d call it Beryl. The picture above was shot using Beryl on a holiday in Egypt. I don’t think it’s high art, but I like it because it’s definitely, well…different.

See more images of Egypt shot with a Holga here. 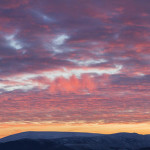 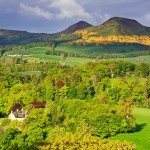