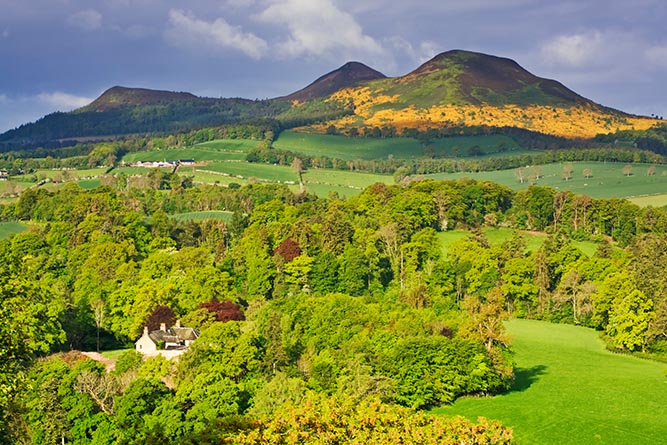 As Rabbie Burns truthfully wrote: ‘The best-laid plans o’ mice an’ men gang aft a-gley’. Well I don’t know about you, but my plans quite often gang aft a-gley. And it’s generally the weather that sticks a metaphorical spanner into the works. It’s either raining when it’s not supposed to or the sky is completely empty of cloud and so lacks drama. What’s a man (or a mouse) to do?

When fate is against you, a back-up plan is a useful thing to have. On the morning that I created this image of the Tweed Valley from Scott’s View, I initially had a completely different shot in mind a few miles further south. But (I think you can guess what’s coming) it started raining. And kept on raining. The BBC had promised me decent weather and so I wasn’t a happy bunny. Oh, and did I mention that I’d spent the night sleeping in the car so that I could be ready to create my planned shot at sunrise? I’m not sure what time sunrise was that morning, but it was something or other very early a.m. Even the alarm on my mobile phone yawned before it rang to wake me.

At times like this, it’s no use looking at the raindrops running down the windscreen of the car and wishing to be back home and in a warm bed. I’d made the effort to be at the location so I needed to put plan B into action. On this occasion plan B was…to drive around aimlessly until inspiration struck. It was then that I remembered seeing a place called Scott’s View marked on my Ordnance Survey map. It wasn’t far from where I was parked, and if nothing else I could use the opportunity to do a bit of scouting for a return visit at some point. So I drove to the spot and discovered it wasn’t raining there. In fact it was actually rather good. A stunning viewpoint. Dramatic clouds. Splashes of light on the landscape. I was in my element. And I got my shot for the morning.

When I finished I mentally patted myself on the back for my brilliant plan B and started the long drive home. Well, at least that’s what I planned to do, but that’s a completely different story altogether. 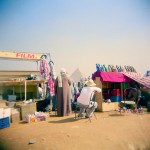 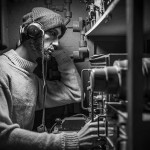